A bottle of whiskey, a Hawaiian shirt, a bucket hat and a pair of sunglasses which hadn't seen the light of day since I packed away my cricket kit a few years prior.

Throw in a change of shirt and a blanket and you're packed for a rowdy weekend at a music festival, right? Not quite.

It's all for a 15-second video on an app that has found itself at the centre of a global backlash, and it's going to be worth the 30 painstaking minutes it takes to create as you learn how to use TikTok.

You've probably heard of it, but what is it? You might have asked someone younger, and there is a good chance their bid to explain the social media phenomenon fell on deaf ears.

I've been there. I still remember the night a mate and I sat on the couch, saw another friend post a video and thought "we've got to get in on this". The only thing was, we weren't quite sure what we were getting in on.

What we found was a short-form video-sharing app worth almost $1 billion, boasting more than two billion downloads, and north of 800 million active users.

Think YouTube, but shorter. Nothing lasts more than a minute, and most go for no more than 15 seconds - a perfect platform in a brutal attention economy. Viral dances, lip-syncing, random trends and bite-sized music videos rule the day.

So we spent the best part of an hour trying to come up with an idea. We had absolutely nothing. A few days later, I made my debut with a lip-sync video over a quote from Eddie Murphy in Coming To America.

Then it was time to raise the stakes. Soon enough I was balancing my phone on a window sill and bursting through my bedroom door to the dulcet tones of Sophie Ellis-Baxter's Murder On The Dancefloor.

How? I don't know. The video was posted without a single hashtag and the TikTok algorithm is among social media's most confusing beasts.

All that was clear to me was the 30 minutes I had invested in it was worth every second. They usually don't take that long - it's just, well, I had no idea what I was doing.

Influencers are earning thousands of dollars per post, music artists whose songs are used to score videos have enjoyed a remarkable surge in popularity, and sports teams are using it to attract fans.

University of Canberra associate professor and social media expert Michael Walsh says TikTok has a distinct edge in its favour as it rides a wave of popularity.

"One of the really interesting things about TikTok is the way it seems to have increased in popularity in a way that no other kind of social media platform has done," Walsh said.

"Apparently it has reached one billion users faster than Facebook ever did in terms of the years since its launch, which I think is quite significant. "The way in which the platform allows users to curate through music and short-form videos is quite innovative and interesting, and it gives it a distinct edge when it comes to other platforms like Facebook and Instagram.

"The one thing about TikTok which is really fascinating, is it almost merges older platforms and the more established platforms' ways of communicating into one.

"The visual dimensions of Facebook and Instagram, the auditory versions of YouTube, you combine all of those things and you get a bite-sized music video kind of phenomenon. It's almost that combination that makes it so enthralling.

"The role of music can't be understated, it just draws people in and allows people to enhance their videos."

So how is it that TikTok now finds itself at the centre of an international standoff as geopolitical relationships reach boiling point?

The short form video app has emerged as one of the most popular social media platforms on the planet after it was launched by China-based company ByteDance in 2018.

TikTok collects its users' data, including details about you and your smartphone, your contacts, and your location. Social media platform TikTok has enjoyed a boom in popularity unlike any other. Picture: Getty

Its links to China have sparked widespread concern, with analysts fearing the Chinese Communist Party could compel TikTok to hand over user data, however TikTok Australia general manager Lee Hunter says the company would not share data with any foreign government.

Australian federal government MP George Christensen says TikTok should be banned on our shores while Labor Senator Jenny McAllister wants the company to appear before the Senate Select Committee Inquiry into Foreign Interference Through Social Media.

TikTok has even caused a stir at the political power base in our own backyard with opposition MLA Mark Parton reprimanded by Speaker Joy Burch over videos suggesting she was "destroying democracy". The Trump administration is considering a ban on TikTok, with the United States Secretary of State Mike Pompeo urging Americans via Fox News to stay off the app unless "you want your private information in the hands of the Chinese Communist Party".

TikTok is set to exit the Hong Kong market following China's establishment of a new national security law for the semi-autonomous city.

India banned 59 apps with Chinese links, TikTok among them, saying their activities endanger the country's sovereignty, defence and security. A government statement said there have been mounting concerns about data security and safeguarding the privacy of 1.3 billion Indians.

TikTok has been downloaded more than two billion times through the Apple and Google app stores globally after the first quarter this year, according to analytics firm Sensor Tower.

But what are they all watching?

Chances are you have never heard of Charli D'Amelio or Addison Rae.

"Never heard of who?," I hear you whisper. These are the biggest stars on TikTok. They boast more followers than anybody else - 16-year-old D'Amelio has more than 69 million followers while Rae has more than 49 million.

But the numbers of such influencers go far beyond the views and likes so many crave every time they post a video.

"It definitely has something to do with being in the right place and time and knowing what is going to connect with an audience," Walsh said.

"Having a sense of that is important, and also knowing how to navigate the platform and a positional gain in the interface to make sure you are obtaining visibility on it.

"With a lot of influencers, they really understand the make up of the application, and how it is privileging certain behaviours as opposed to others, what works and what doesn't work. They are potentially honing a way of interacting on the platform to obtain that connection to an audience.

"What works on Instagram or Facebook wouldn't work on TikTok or Twitter. There is definitely a finessing of how to understand and use the platform which allows certain users to gain elevated status.

"Most people follow and watch, and post the occasional video, but don't obtain any of that kind of level of notoriety."

The majority of D'Amelio and Rae's videos are dances, with millions of users following suit and replicating them. But it's a jungle.

Scroll for a couple of minutes and you might come across someone lip-syncing while dressed as Freddie Mercury, a golf cart digging up a chunk of a fairway, and a man running up to a chicken after it crossed a road asking the question we all need an answer to - "why did you do it?" 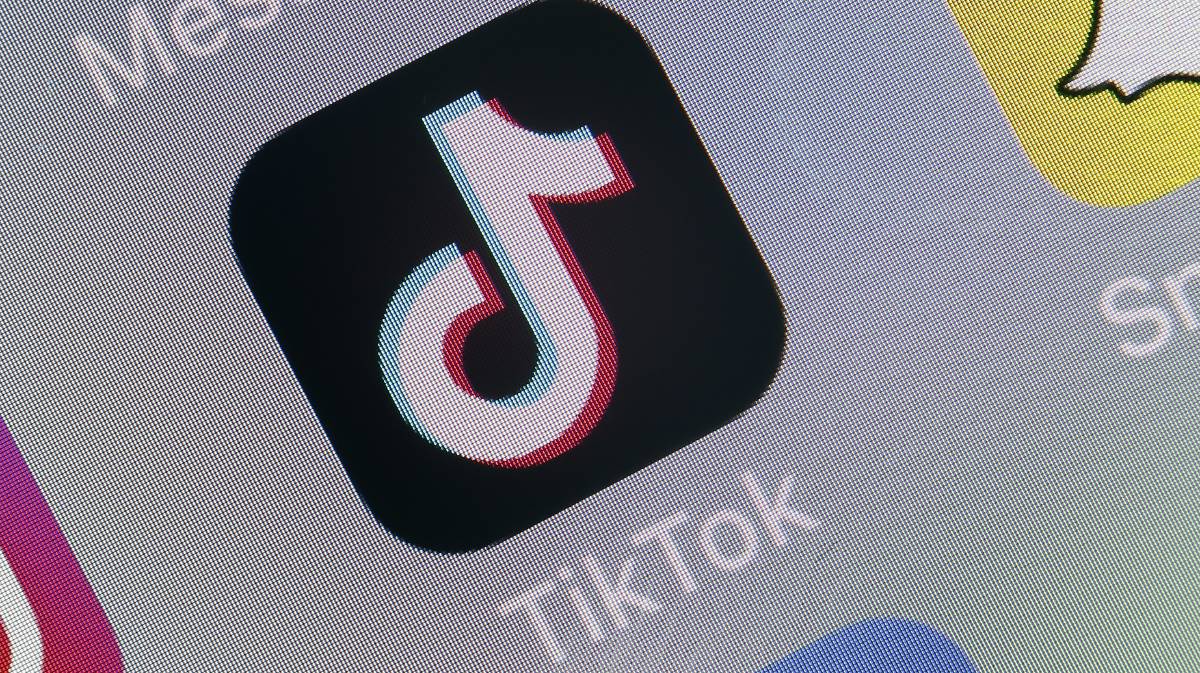 The video sharing app is worth almost $1 billion. Picture: Getty

TikTok's home page has two tabs - "Following" and "For You". The former contains content from people you follow, while the latter is a complex algorithmic feed based on videos you've interacted with or watched.

It never runs out of material. While a few decent scrolls on Instagram will eventually bring forth a notification which reads "you're all caught up", TikTok continues to produce fresh content.

"The way in which the site is designed is certainly encouraging users to engage and follow, whether it be hashtags, users, or songs," Walsh said.

"Commenting and liking a post are the kinds of things which push a post on Instagram. I would imagine it would be similar in TikTok's case. You are trying to obtain visibility and currency on that platform to maximise your own brand.

"In the case of TikTok, unlike Facebook or Instagram, you don't actually really have to set up an account or a biography in the same way. With Facebook you have to put in information, say 'I'm this person and I like these things'.

"With TikTok, you just download the app and get going. It starts to push you towards videos, information or hashtags that are of interest.

"The seamless nature of the interface and the way it has been designed allows it to draw in and engage users.

"The other thing with TikTok is not only does it leverage visual but also music dimensions. You can follow different soundtracks, sounds or pop songs in particular, as you keep track of certain challenges which you would never do on Instagram."

So pick a song, pick a dance, and put together a 15-second masterpiece. You might be running out of time.

This story The TikTok phenomenon: What is it? And why the backlash? first appeared on The Canberra Times.

Discuss "The TikTok phenomenon: What is it? And why the backlash?"

Discuss "The TikTok phenomenon: What is it? And why the backlash?"