I assume our obsession with fame is largely linked to our sense of self-worth, of wanting to be a 'somebody' versus a 'nobody'. Casey Beros has spent the past 15 years asking the world's leading experts questions about how to live a happier, healthier life. Picture: Chris Prestidge

I always thought I would grow up to be famous. God knows for what - I can't act my way out of a paper bag, I was an average model at best, I can't sing (though if I turn the music up really loud sometimes I think I can) and I'm certainly not "influential" on social media.

In an era when many of us are told that we can grow up to be whatever we want to be, it's unsurprising that what that translates to is seeking out a life that appears to come with all the perks - attention, freedom and lots of cash.

I assume our obsession with fame is largely linked to our sense of self-worth, of wanting to be a "somebody" versus a "nobody". Of course, wanting to be liked, admired and respected isn't new; from an evolutionary perspective, it has always been the case. We have an innate desire to be adored, and one way to achieve that validation is via fame.

It's the reason that every day, people around the world try their hand at getting on a reality TV series, no matter what they have to build/share/cook/do/date/disclose in order to get their 15 minutes. For a lucky few it's a legitimate path to bigger and better things, but the media is never short of sob stories from people who wind up feeling chewed up and spat out.

A career in the public eye is by all accounts a bitch of a pursuit, and yet, if what you feel you were born to do happens to be something in it, then I understand that intrinsic pull.

But it's not easy, and that's worth being prepared for - as is truly considering your motivation for wanting fame in the first place. Because if you think it's going to make you more 'special' than anyone else, you might be sorely disappointed.

Scandinavian countries call it the Law of Jante - the idea that no one is more valuable than anyone else. It's about fitting in, rather than standing out. And they kind of know what they're doing on the happiness front, consistently rating among the happiest countries in the world even though most of the time it's dark and freezing.

A girlfriend of mine has always wanted to be an actress. She's been in LA for the past decade and has landed a couple of minor roles, one with a former Hollywood darling we were all hoping would be her big break, but she hasn't "made it" yet. I ask her about that drive to be famous.

"I still hold on to the idea that there might be a chance, and I think it has kind of ruined my life in a sense," she says.

"Because I am always living the idea of who I should be as opposed to who I am. It's given me a sense of entitlement, that I'm special (for no real reason) therefore I deserve to be handed something or appreciated for something just for being me. It's an irrational and delusional headspace to be in, which doesn't support reality and sets you up for failure. You aren't able to see the good things in your life to be grateful for or the small wins because it doesn't match your expectations. You are constantly self-loathing because anything that falls outside of that idea in your head is a failure. It's all or nothing, which is a very hard way to live and means you are in constant suffering."

This might seem like an intense depiction, but I think you'd be hard-pressed to find someone in her position who didn't feel the same way. And there are a lot of them.

Researchers from the Queen Mary University in London say that if you want to be an actor, you're looking at a 90 per cent unemployment rate and a 2 per cent chance of working enough to make a living. Not great odds. Think about it in the context of Hollywood: for every actor you can name, I'd guess there are thousands more just like them. All talented. All ready. All hungry.

So, what's the difference between the ones who make it and the ones who don't? Luck and timing. Luck to get in front of the right director at the right time, to be the best on audition day and "fit the brief" and that all of the stars align for the project to go ahead.

Then timing of who else is in the market at the time, of when a project gets launched determining how well it does and of what is popular and happens to fit that bill. That's not to take away from preparation, talent and hard work, of course, but those alone are not enough.

So, if the public eye is where you want to be, here are some tips from someone who has never "made it" but has sat on the sidelines, watching, for quite some time.

Focus on the craft

For me, there are two types of people in the entertainment industry: those who need to do a certain job, of which one of the side effects happens to be fame; and those who want to be famous because it looks like a cool life - and they will do anything to achieve it. It's a safe assumption that the people in the former camp are more likely to keep going and be happier while they're at it, because they are driven to do their thing and if fame comes with it, it comes. 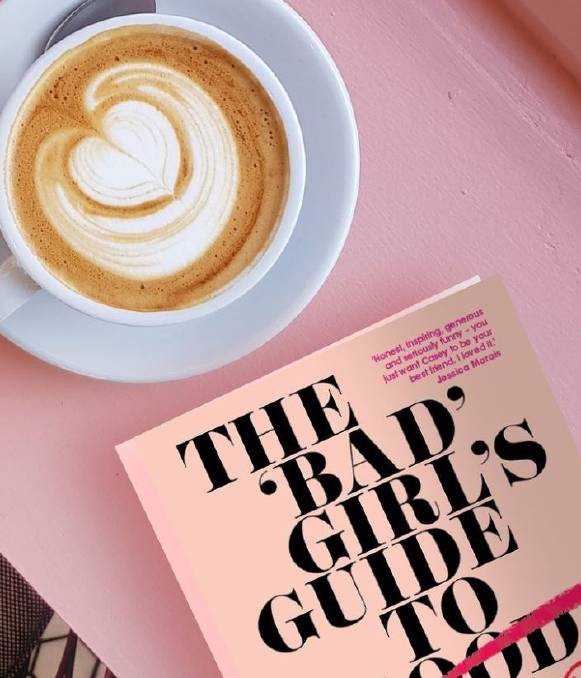 The 'Bad' Girl's Guide to Better: A stealth-help guide to getting your act together, by Casey Beros. Murdoch Books. $32.99.

Very few of us can derive a living purely from fame-inducing activities. If you are desperate for a job in the public eye, it's a good idea to consider what other jobs you could do in your industry that would allow you to make a living and increase your specialised knowledge so you're an even better actor/singer/YouTuber. Immerse yourself in the industry you want to be a part of while you wait for opportunities to do what you do best.

Give it a timeframe

If you're going to throw everything you have at something (and there are plenty of people - my LA friend included - who would argue that's the only way to get what you want) then I suggest putting a timeframe on it. "Making it" can take years and years (think: Morgan Freeman, JK Rowling, Susan Boyle), so the only way to ensure you don't lose your entire life to something that isn't going to pay off is to define what success looks like for you and then set a timeframe in which to achieve it. 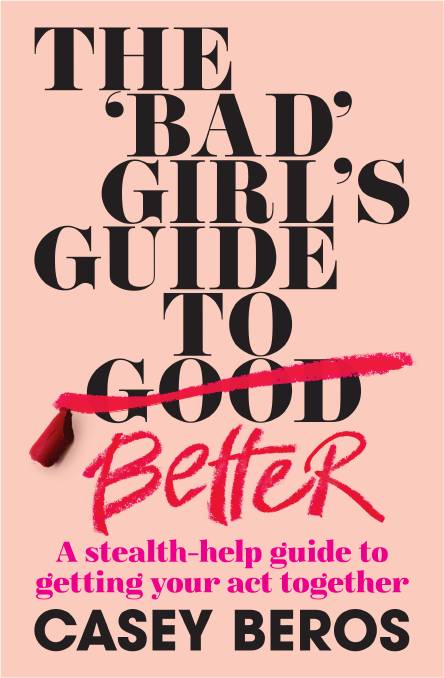 The 'Bad' Girl's Guide to Better: A stealth-help guide to getting your act together, by Casey Beros. Murdoch Books. $32.99.

This story Being average is more than okay first appeared on The Canberra Times.