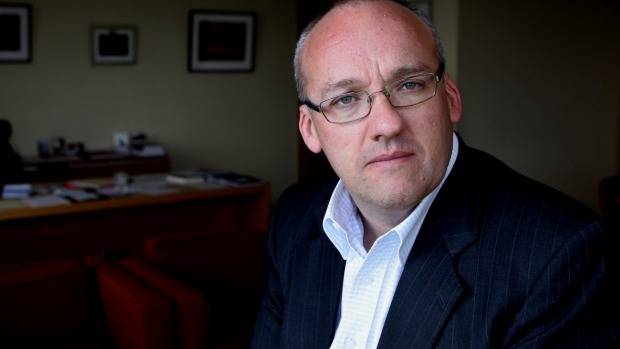 Labor leader Luke Foley says a government under his leadership would place a halt on all coal seam gas activities in NSW - including those in Gloucester.

A LABOR government would implement a “moratorium on coal seam gas activity across the State - including Gloucester” if elected at the March polls Opposition Leader Luke Foley said.

It comes after AGL advised the NSW Environment Protection Authority (EPA) that ground and surface water monitoring data from its Gloucester operations during November had detected traces of a chemical used in fracking.

An AGL spokeswoman said the company was undertaking a full review of the sampling and testing process for its November 2014 water monitoring, which detected the presence of extremely low levels of monoethanolamine.

Monoethanolamine borate is a chemical used in the hydraulic fracturing process to alter the viscosity of the fracture stimulation fluid. This helps the fluid carry sand into the fracture openings and release coal seam gas.

“Monoethanolamine also is a known constituent of mammal urine and associated with agricultural land and bush areas.”

In a statement released by Groundswell Gloucester, water resources engineer Jeff Kite said the spike in the levels of monoethanolamine near the fracking site was alarming.

“A monitoring bore sample, taken from between two fracked wells which are only 800m apart on November 17, showed less than one part per billion of this chemical,” he said.

“After completion of fracking on November 20, the concentration was 60 parts per billion.

“That is 60 times the pre-fracking reading. AGL’s Environmental Protection Licence requires a zero concentration be present at testing sites.

“The delay between the spike occurring and AGL’s awareness of it, is a huge problem.

“It’s not so much the concentration that’s a worry, it’s the significant increase, across eight different monitoring locations on one day, that suggests fracking chemicals travelled a lot further than AGL expected.”

AGL provided the data to the EPA on January 13 prior to publishing the data on its website.

MidCoast Water said the detection of traces of a chemical used in fracking supported the need for longer background sampling of potential contaminants in local waterways.

The authority said, on the day the monoethanolmine was detected, there was no river flow and very little groundwater flow. Sampling on two following days returned negative results.

“While MidCoast Water has confirmed the extremely low levels detected and lack of river flow at the time combined to pose no problems for the water supply, longer background sampling of all potential contaminants and not short term sampling would allow for a better understanding of background water quality,” general manager Robert Loadsman said.

AGL was required to undertake a risk assessment of monoethanolamine borate as part of its application to conduct hydraulic fracturing at Waukivory.

The chemical was approved by the Office of Coal Seam Gas for use in the fracking operations at Waukivory. Protesters opposed to AGL's coal seam gas operations in Gloucester gathered outside the company's local headquarters late last year. AGL has informed the EPA that a chemical it uses in its fracking process has shown up in water monitoring.

Groundswell Gloucester said even more disturbing was the lack of test results for another chemical Tolcide (also known as THPS or  hydroxymethylnasulfate).

“They’re not in the report at all, even though the EPA requires a zero detection limit for this chemical and requires AGL to test for it,” Groundswell spokesman John Watts said.

“AGL’s report states that the EPA didn’t approve the methodology for testing Tolcide levels until December 19, after all four wells had been fracked.”

THPS is a biocide used to kill bacteria in the well. It is considered by water authorities to be extremely toxic to aquatic organisms found in wastewater plants.

AGL said water samples taken during the fracking process were being analysed for THPS levels.

Mr Foley accused the Baird government of failing to impose appropriate  regulations on AGL and the coal seam gas industry in NSW.

“Under their lax oversight, the coal seam gas industry is accelerating like a runaway train and basic environmental safeguards are being trashed,” he told Fairfax Media.

“The parties should not be allowed to fudge their way out of their monitoring obligations.”

The EPA said it would review AGL’s monitoring data and determine the next steps once the analysis was complete.

The Greens spokesman on mining Jeremy Buckingham said the “community’s worst fears had been realised” and called for a complete ban on coal seam gas in NSW.

“Coal seam gas is set to be a major issue at the upcoming State election as voters make their concern know at the ballot box,” he said.

“The Greens urge the EPA to investigate this incident with all of their powers and prosecute if a licence breach has occurred. AGL have had multiple breaches of their pollution licences relating to coal seam gas, only to cop a ‘slap on the wrist’.

'No significant change' in fugitive emissions

AGL said its fugitive methane emissions monitoring in Gloucester during the Waukivory Pilot has found “no significant change” to baseline levels recorded before hydraulic fracturing.

Methane emissions monitoring was conducted on November 7, during the hydraulic fracturing phase of the pilot.

“The monitoring was undertaken using the highly sensitive Picarro device which was fitted to a vehicle driven from AGL’s Gloucester site office, along Bucketts Way, Jacks Rd and Fairbairns Rd,” a spokeswoman said.

The interim report includes baseline monitoring done over four weeks in July and August 2013, January 2014 and October 2014 prior to fracking.

"The minimum concentrations on both October 20 and November 7 were 1.7 parts per million (ppm) - the global average is 1.8ppm," the spokeswoman said.

"The maximum on both dates were around 2.2ppm therefore the concentration of methane after hydraulic fracturing was actually less than prior to."